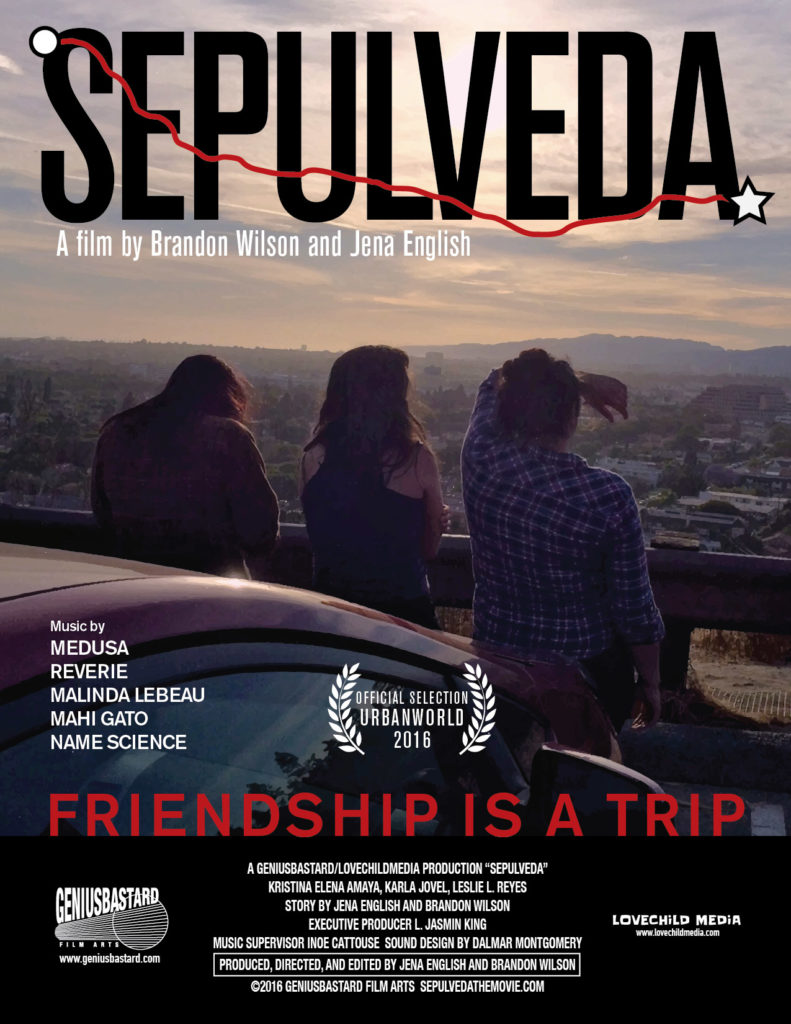 Three friends (Kristina Elena Amaya, Karla Jovel, Leslie Reyes) decide on a whim to drive the entirety of Southern California's longest street but end up learning more about their friendship than they expected.

"SEPULVEDA is a film of remarkable, touching intimacy. A modern-day road movie in which the road is only about 40 miles long, it presents a portrait of bonding and friendship through the smallest, most casual of details. I was mesmerized by the trio of terrific actresses at the center of the film, who never feel like they're giving performances: I genuinely felt like I was eavesdropping on real conversations."
-Bilge Ebiri, Village Voice

"Vibrating with authenticity, SEPULVEDA makes the viewer the fourth passenger in a WOC-led buddy road trip exploring not only Los Angeles geography and economics, but the dynamic anxiety of young adulthood at a crossroads. Culturally specific in ways not often seen on screen, the film's themes still manage to feel universal."
--Jennifer L. Pozner, Founder, Women In Media & News; Author, "Reality Bites Back"

Write something about the people who make your business go or your philosophy behind customer service.
Why? Because people want to know who they're doing business with. It's a human thing.

This is should be a prospective customer's number one call to action, e.g., requesting a quote or perusing your product catalog.